So I just spent 3 days in Barcelona (said to be a very arty city) and it was great to wander round the streets and see what it had to offer. It was host to many small photo galleries and art museums such as the Museu Nacional d'art de Catalunya (MNAC) which displayed works by Picasso, Velazquez, Gaudi, Dali and Fortuny. It also had some work from documentary photographer Agusti Centelles: 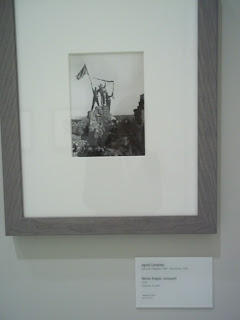 It only had a small section of photography, that being the latters work, but it was good to see that it was documentary photography - and Centelles was considered one of the initiators of photojournalism in Spain, photographing the Civil War and setting up a photolab in Bram concentration camp.
I also visited the Arxiu Fotografic de Barcelona where there was an exhibition on the work of Mark Klett - rephotographing Barcelona, displaying images by John Frederick Anderson and Adolf Mas.


﻿﻿﻿﻿﻿Aside from the larger galleries there were some smaller places that hosted other photographers work, a particular favourite of mine was the Josep Alemany photographs at the Sala Dalmau gallery which was hosting an expose of his work. http://www.saladalmau.com/en/actual

﻿﻿﻿﻿I don't usually like sepia toned images, but
﻿﻿﻿﻿﻿﻿I found myself really liking Alemany's images, especially Song of The Whale. His photographs seem in a way nostalgic and delicate, with many of them exploring the subject of trace, something left behind.
﻿
﻿

I also went to YellowKorner, which is more a shop than a gallery, however it also hosted a great variety of work in large prints. http://en.yellowkorner.com/galerie-barcelone.aspx
It held a lot of digitally manipulated images and there was one that really caught my eye; Elephants by Thomas Herbrich. There were also two fantastic photographs of Salvador Dali by Jean Dieuzaide which was part of his collection entitled Dali in the Water (relating to the artists fear of water). There were also some photographs of Alfred Hitchcock who was snapped with props that mirrored his films, such as a Mrs Bates directors chair for his film Psycho and a crow for his film The Birds - which has an Edgar Allan Poe feel to it. 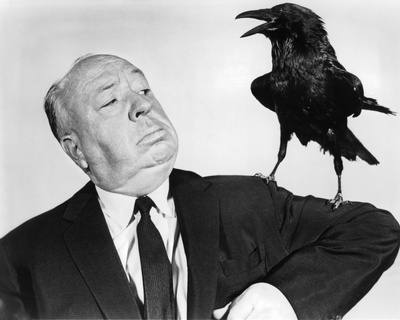 Posted by Sarah Packer at 15:04
Email ThisBlogThis!Share to TwitterShare to FacebookShare to Pinterest