So on Thursday I went up to The Hoe in Plymouth for the Bike Night to photograph the event for my client brief - I took 355 photographs in the space of 3 hours! I spent yesterday evening and all day today cutting down and editing my shots and I still have to pic my final images for my portfolio!
It was such a great night and I met so many great people and one of the bikers there had a friend who was a photographer for Vogue and Marie Clare and had photographed Naomi Campbell and other models!! Should have got his contact details! but I am going to see a lot of them at the Megaride in June which plays hosts to bikers in their thousands!
I also had oone of the marshalls come up to me and asked if I could email him the pictures I had taken of his son which I have just done today, and I emailed the photographs I took of the band that was playing, Joker, to them and have asked them to credit me if they use the images for advertising etc.

I really felt that I had captured the personalities of the people that go to this event because there is just not much awareness of it in Plymouth and the Bike Night raises so much money for charity, for example, Thursday night they raised almost £500! And 319 bikers attended the evening so great turnout and lots to photograph.
Anyways, here are some pics from the night: 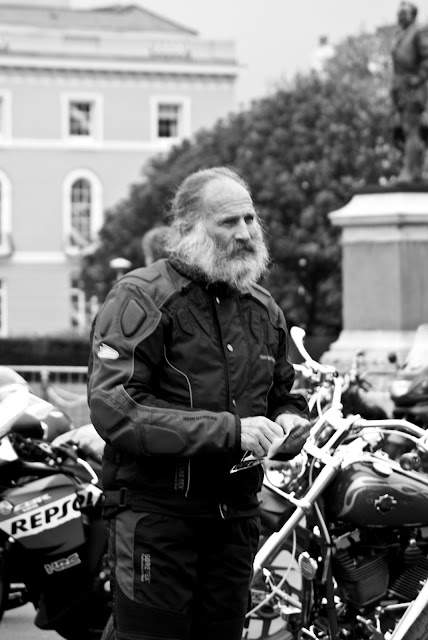 The image below is taken with a Sigma 10mm Fisheye lens, I only did about 7 images with the fisheye lens as I was just wanting to produce a few images that had a more creative flare! 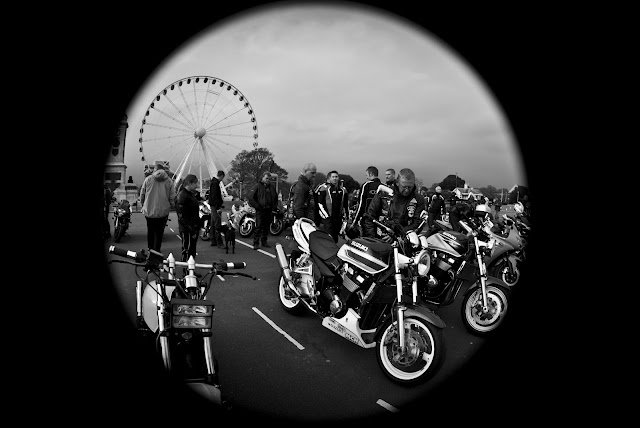 These two were happy for their picture to be taken wearing their tiger onesies that they wore when riding in on their bikes! The photograph on the right is of the Aquila Motorcycle Club and I took it just after taking a photograph of another member called 'The Caretaker'!! 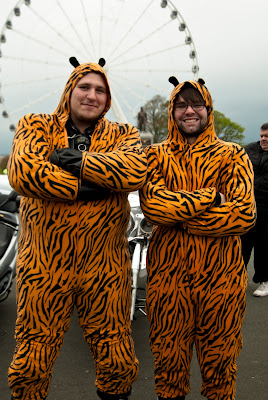 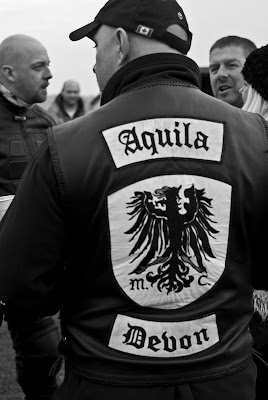 ﻿ ﻿This is one of 50 images I took of the band on the night, I particularly like this one because of the slight green cast that was caused by one of the spotlights and they had just switched on the smoke machine so it makes the image more atmospheric. The reason I didn't photograph the lead vocalists face here is because I wanted to focus on the guitar, the source of the music.
Posted by Sarah Packer at 17:39
Email ThisBlogThis!Share to TwitterShare to FacebookShare to Pinterest