This photoshoot was at PCA in the Cove studio so I had a large space to work in which was great because the students pieces were quite large.
The first student had wooden tables so I used a diffused light by using a honeycomb attachment on the flash light, but she wanted the long shadows of the table legs in it as well so I only had to use two lights for the shoot, one main light with the diffuser which created the shadows and then a light to the side that was a fill in light. She wanted individual shots and then a panoramic style group shot of her work, which I acheived, then she accompanied me during the editing process and we cut down the photos I had taken so that only the ones she liked remained. Then she wanted a lower colour temp on the photographs so there was a slight blue tint like I had done on a previous shoot of her work a few months ago. This softened the image as the pure white background made it look stark and flat. She was pleased with the result and is creating a portfolio of the images for her final assessment. I have posted some of the photographs below: 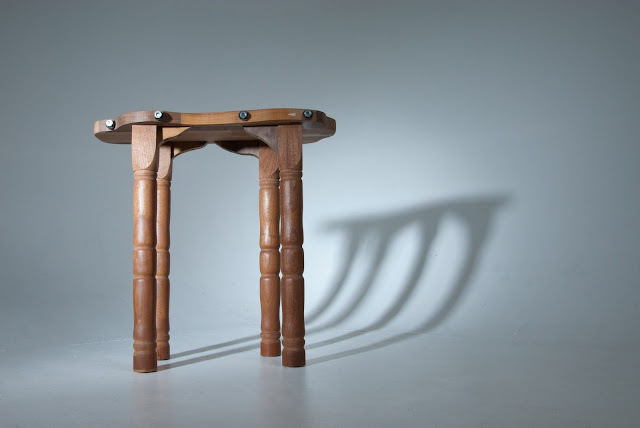 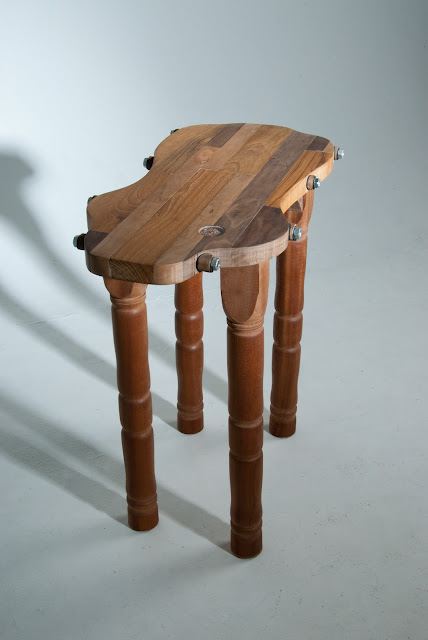 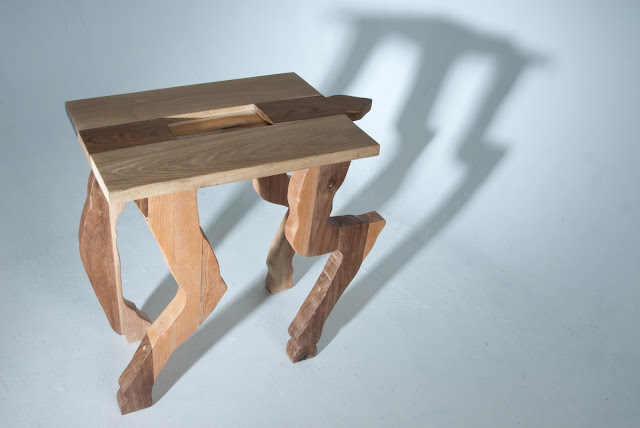 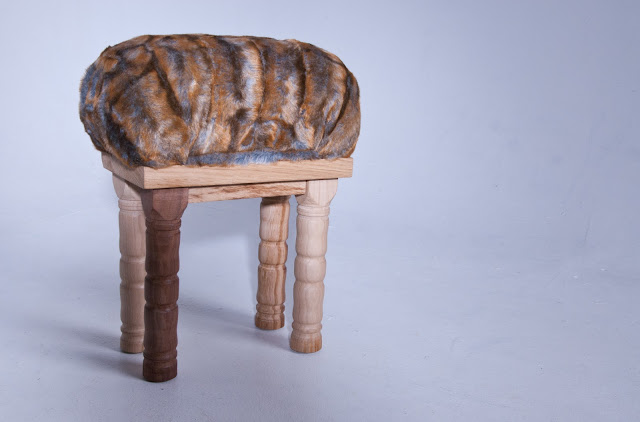 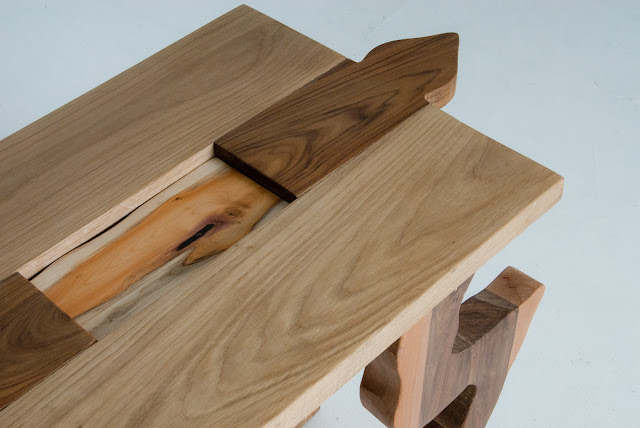 The other student had metalwork and he had a very specific idea of what he wanted in terms of lighting, he wanted it to be low key with lots of shadows. Like before, this matched the theme of his work and the photographs became quite atmospheric and we had good fun just playing around with the shadows and trying to create a very dark predatory feel for the sculpture. I only used one light for this which was diffused by a softbox just to increase the spread of light so that I didn't lose too much of the large sculpture in the shadows. He was happy with the photographs and you can see some of them on his website: http://mkmmetal.weebly.com/ and I have also posted some below: 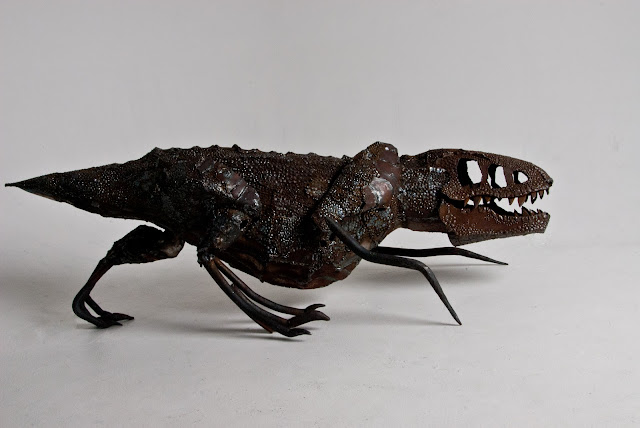 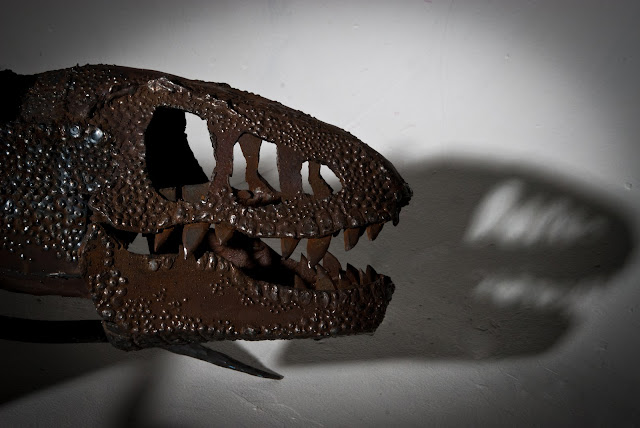 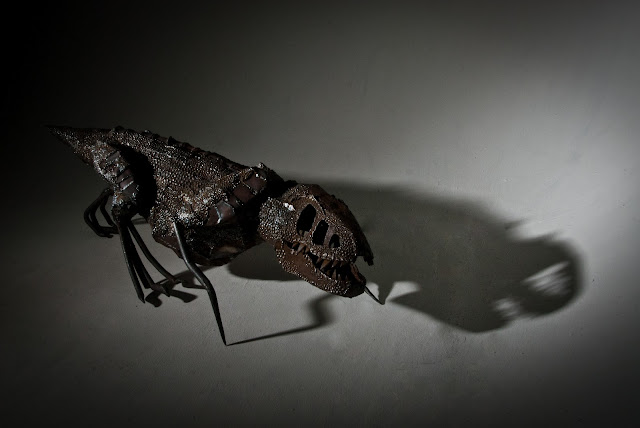 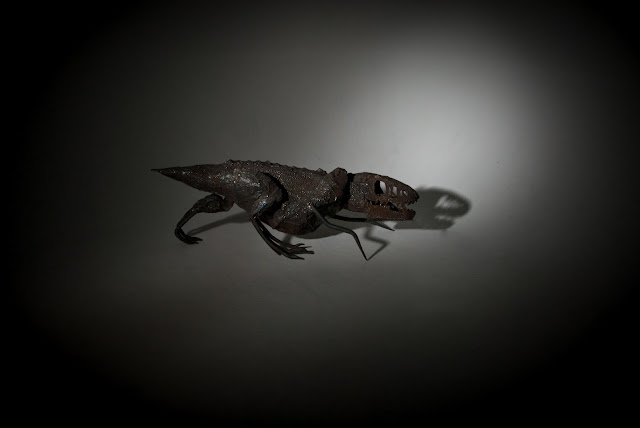 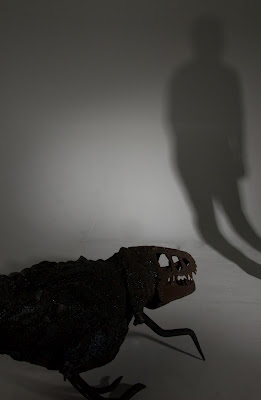 This image on the left was just an idea I had towards the end of the shoot that added a bit of drama, I just thought I would try out a few photos of it but wasn't taking it too seriously but he thought it was quite comedic and wanted to include the photograph in his archive of images!
Mike also wants me to photograph his sculpture outside on the moor so that their is the contrast of the metal and nature as well as being able to see his art in context of where it would be if someone purchased it.

The image below was a combination of his predatory animal sculpture and her deer table as the prey. They both wanted it for personal collection as well. 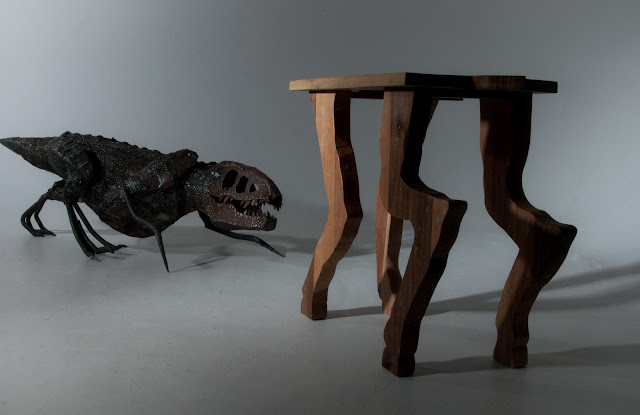 All rights reserved © 2012 Sarah Packer Photography
Posted by Sarah Packer at 21:48
Email ThisBlogThis!Share to TwitterShare to FacebookShare to Pinterest