The Morning After The Night Before...


So I was very nervous when it came to 6pm and me and my Aunt were sitting in Spitalfields Market in London's stylish Mile End having a light dinner before we went into the exhibition.
Eggs on toast devoured by a young woman with a nervous stomach is probably not the best combination but it was better than fainting in the middle of it all from lack of food!!
It got to 6:15pm and I felt it was an appropriate time (not too early, not too late) to head in, we reached the entrance of the exhibition and nervousness was replaced by excitement as they checked my name on their list and gave me a name badge. I crossed the threshold and was immediately given a glass of wine by a waiter in a suit and bow tie, I felt very...over my head, out of my depth, but at the same time...exhilarated.

We immediately spotted my photograph, it was placed next to a very large painting of a woman's legs and vagina by Seung Ah Paik, but hey I quite liked it (the same painting won in the painting category) and to be honest I was just happy to see that my work had arrived safely!


The evening continued with me wandering around the exhibition looking at all the work by the 40 finalists, a fantastic mixture of photography, sculpture, painting and mixed media. I was amazed at the high standard of work and pretty much all the artists on display were graduates and as an international award they came from all over the place, so I must have been the youngest there and one of the only ones who was still a student. I have to say I have held onto that fact as much as possible to motivate me and I was told by my aunt that I have done so well for someone so young, so that left me with a happy smile on my face.

I met lots of artists like Jamie Green who did a mixed media piece, which was a metal sign with a rust effect and a face emerging from it. (See below)


Also in the mixed media category was a huge sketched canvas by Hyunjeong Lim, which I would have loved to buy if I could afford it! (it was £2000) The photo below is just a small part of it and doesn't do it justice, it's got so much detail and is something you have to see in front of you, in the flesh.

I also spoke to William Darrell who had a very original and strange sculpture that made music through a kids keyboard, pipes and balloons with a sound reminiscent of bagpipes! I played it a bit and it is very noisy but love how interactive it is and it makes people laugh. It is also something I have never seen before, he showed us some pictures of his other inventions like the Deathstar which was a black tent thing raised off the ground by aluminium pipes/poles, which he was going to live in but unfortunately it leaked!

There was also other art I loved and would happily have in my own house! The whole night was going great and there was a constant flow of wine and canapes being offered by well dressed waiters!

Here are some pics of the night: 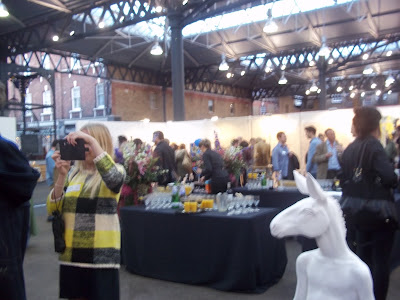 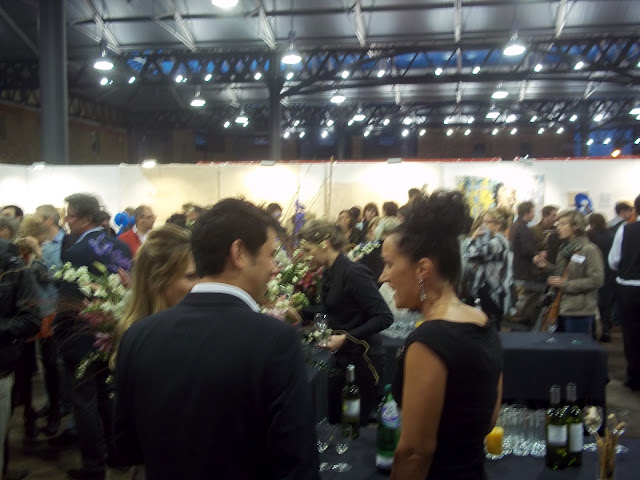 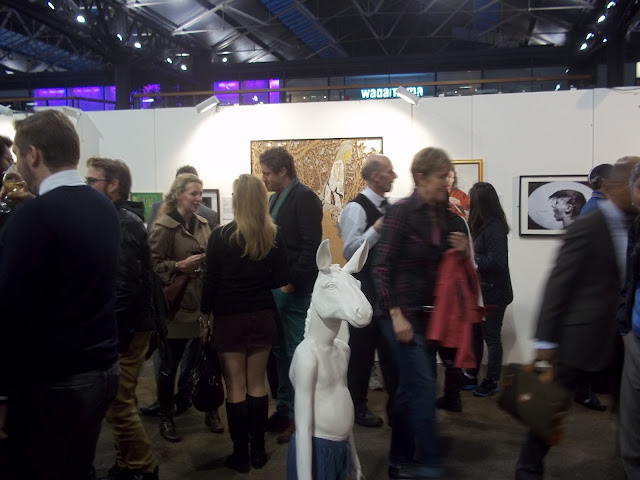 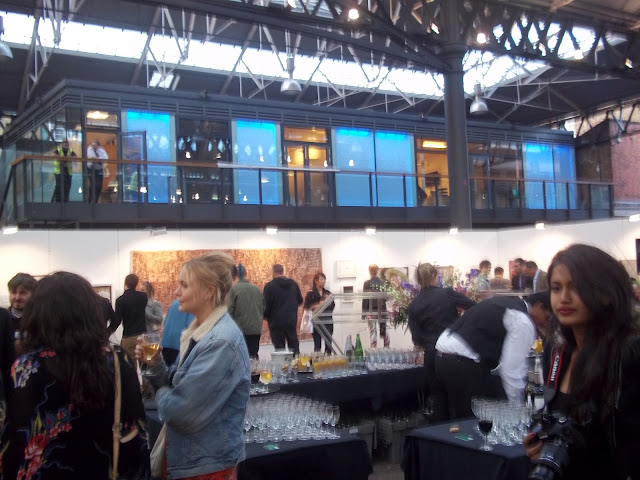 So finally it gets to about 7:40pm and the founders of DegreeArt thank us all for coming and announce the winners (1 from each category, so 4 in total). Unfortunately I did not win, but I am happy to have lost to a photographer whose piece was socially relevant and beautifully done. You can see the winners work here http://www.degreeart.com/blog/announcing-signature-art-prize-2012-winners.

I was disappointed not to have won but who wouldn't be, and all the winners had previously won many awards and were all graduates, so maybe I'll win another year when I have a bit more experience behind me.  But hey it was a great night, great exposure for my work and lots of people liked my piece too. It has also given me the motivation to enter more competitions and maybe do my own exhibition back in Plymouth. I have learnt a lot more about the business side of photography and how to host an exhibition, which will come in handy for the future.
I am so honoured to have been chosen as one of 40 finalists out of 500 entrants and the 9 other photographers there had some inspiring work, so it was great to be seen amongst them at such a prestigious international award exhibition in London.

Posted by Sarah Packer at 13:20
Email ThisBlogThis!Share to TwitterShare to FacebookShare to Pinterest